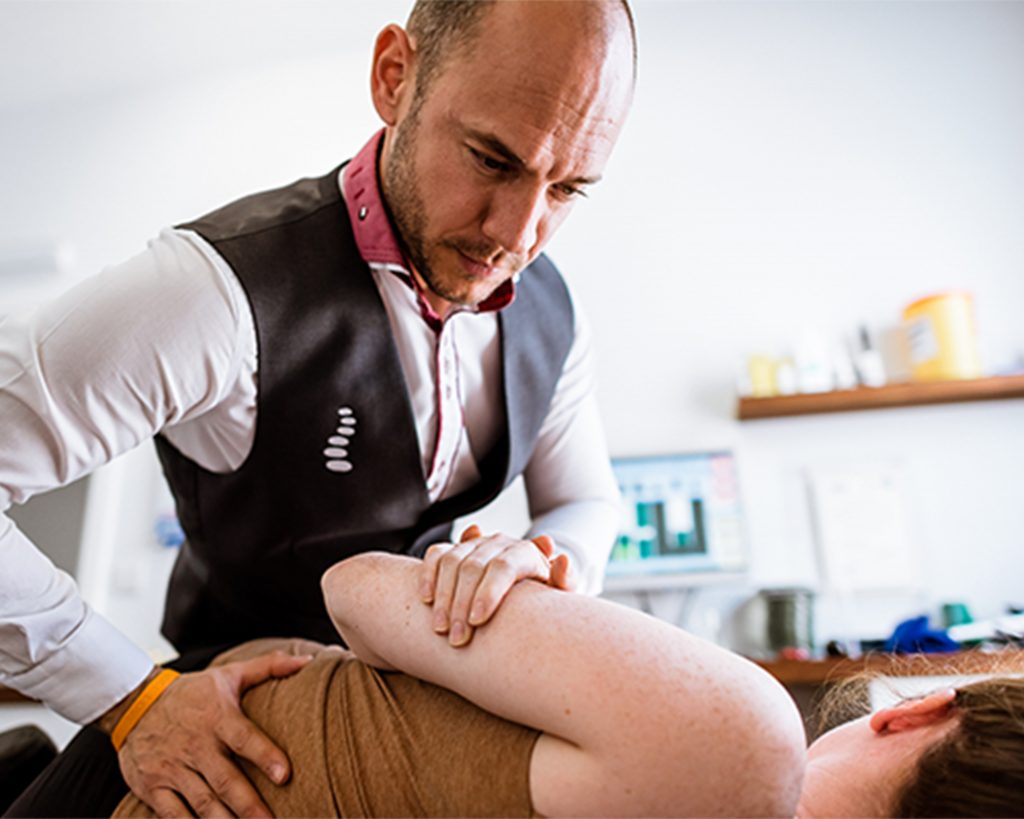 Simon graduated from the world-renowned Anglo-European College of Chiropractic (AECC) in 2002 with a Masters in Chiropractic. Since then, he has worked in Bracknell, Twickenham and Chiswick as an associate chiropractor, before setting up Park Street Chiropractic with his brother, James, in 2005.

Simon’s special interests in chiropractic include sports injury treatment and prevention, spinal and other joint rehabilitation, and certain neurological conditions. He completed a second masters degree in Musculoskeletal Rehabilitation in 2013 for which he was awarded the “Graham Heale Award” for the highest academic performance in the postgraduate programme at the AECC.

Simon was introduced to chiropractic as a teenager when he was suffering from a number of injuries relating to playing rugby and competing in Judo and other martial arts. Facing having to give up the things he enjoyed the most, he sought the help of a family chiropractor who got him back on track and even fitter and stronger than he was before. This led him to investigate a career in chiropractic and the rest, as they say, is history! Having had regular adjustments ever since, he feels he is in the best shape of his life, more than 20 years since his chiropractic journey began!

Simon is registered with the General Chiropractic Council and most major health insurance providers, with the exception of AXA PPP and BUPA.